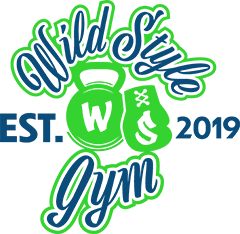 “With An Enthusiastic Team You Can Achieve Anything” 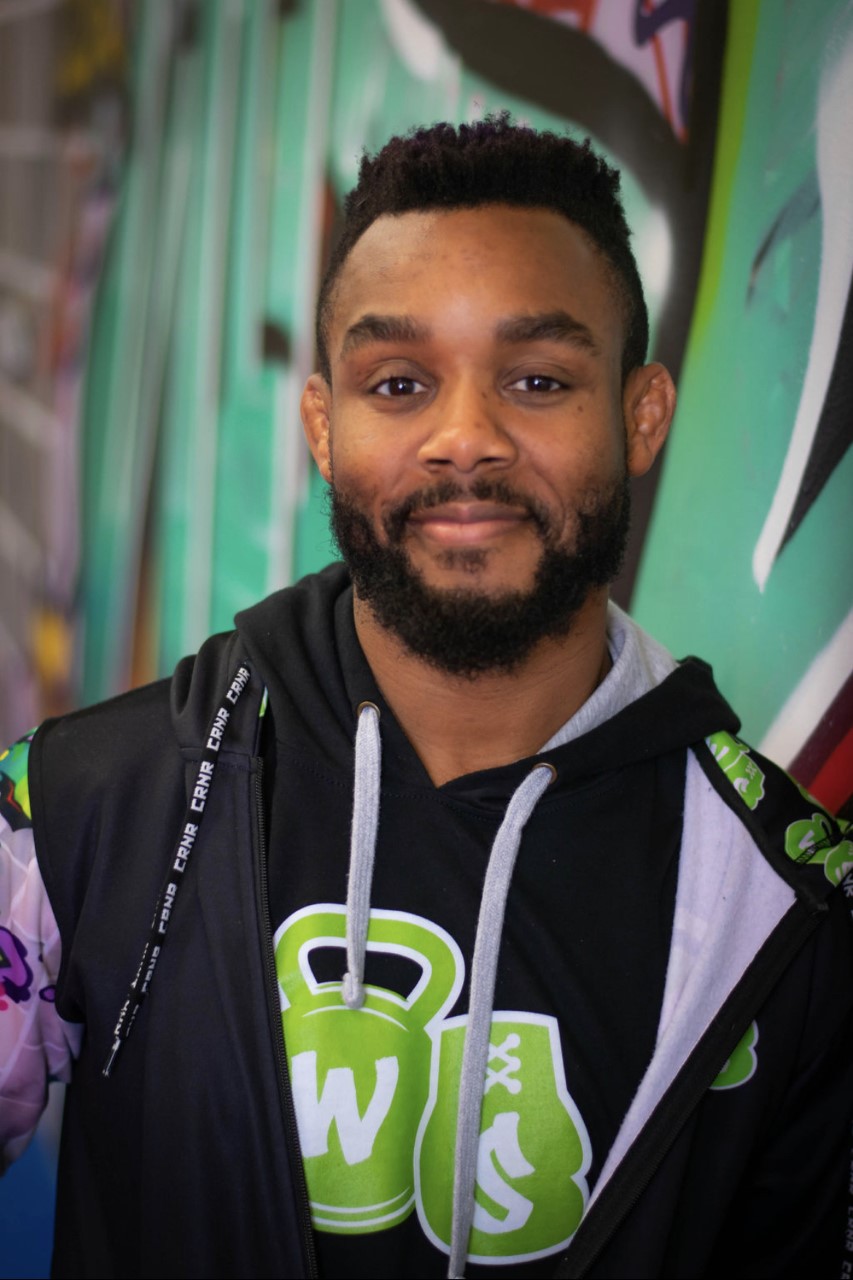 Jason’s experience in martial arts has been a lifelong journey. In grade school, Jason was enrolled in martial arts sessions by his parents to help him learn discipline and self respect. As an adult, Jason was able to enjoy competing and coaching in amateur and professional contests.

For Jason, Fitness training was once considered to be a byproduct of being involved in martial arts. In order to compete as a fighter he had to be in shape. It wasn’t until he suffered a career ending knee injury that he began to take fitness more seriously.

After gaining weight from a number of surgeries, Jason designed a strength and conditioning program that combined functional fitness and martial arts to help him get in shape. Through this process Jason learned to properly modify and progress movements based on his ability. Eventually, Jason found himself back in fight shape. But instead of getting back into the cage Jason decided to use what has learned to design programs that help anyone from the severely deconditioned to the professional athlete get into shape. 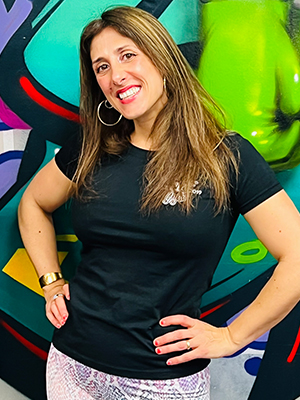 Sara’s fitness journey began in middle school when she enrolled in a life changing weight lifting class. From this class, she was able to overcome the adolescent body insecurities that are common among many young women. Along with her improved self-esteem, Sara also developed an interest in taking on new physical challenges. This is what led her to martial arts.

Sara’s first martial arts training took place in a family martial arts studio which specialized in Japanese Jiu-Jitsu. Here, she immediately fell in love with the supportive environment and how empowering it was to learn how to defend herself. Because of this great experience, she has continued to train throughout adulthood. She has trained a number of different martial arts including boxing, Karate, kickboxing and wrestling. 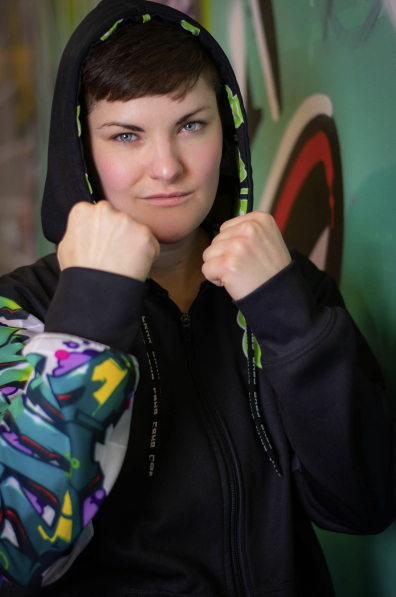 Her journey with WildStyle began in October of 2020 after years of being sick and tired of being sick and tired. After 5 months of training as a member, Head Coach Jason Morris approached her about becoming a coach. In that moment he saw something in her she didn’t yet see in herself. In May she came on full time as their Assistant Manager gaining the nickname “The Swiss Army Knife” of WildStyle. Whether she is greeting members at the door, scheduling appointments, training, or coaching a sessions she is Always Ready! She is learning more every single day about the joy and changes fitness brings to the community around her, all while remaining teachable. Her hope is to stay healthy and watch WildStyle continue to grow for years to come. In her free time, she enjoys writing and playing music with her band, and watching anything Star Wars related. 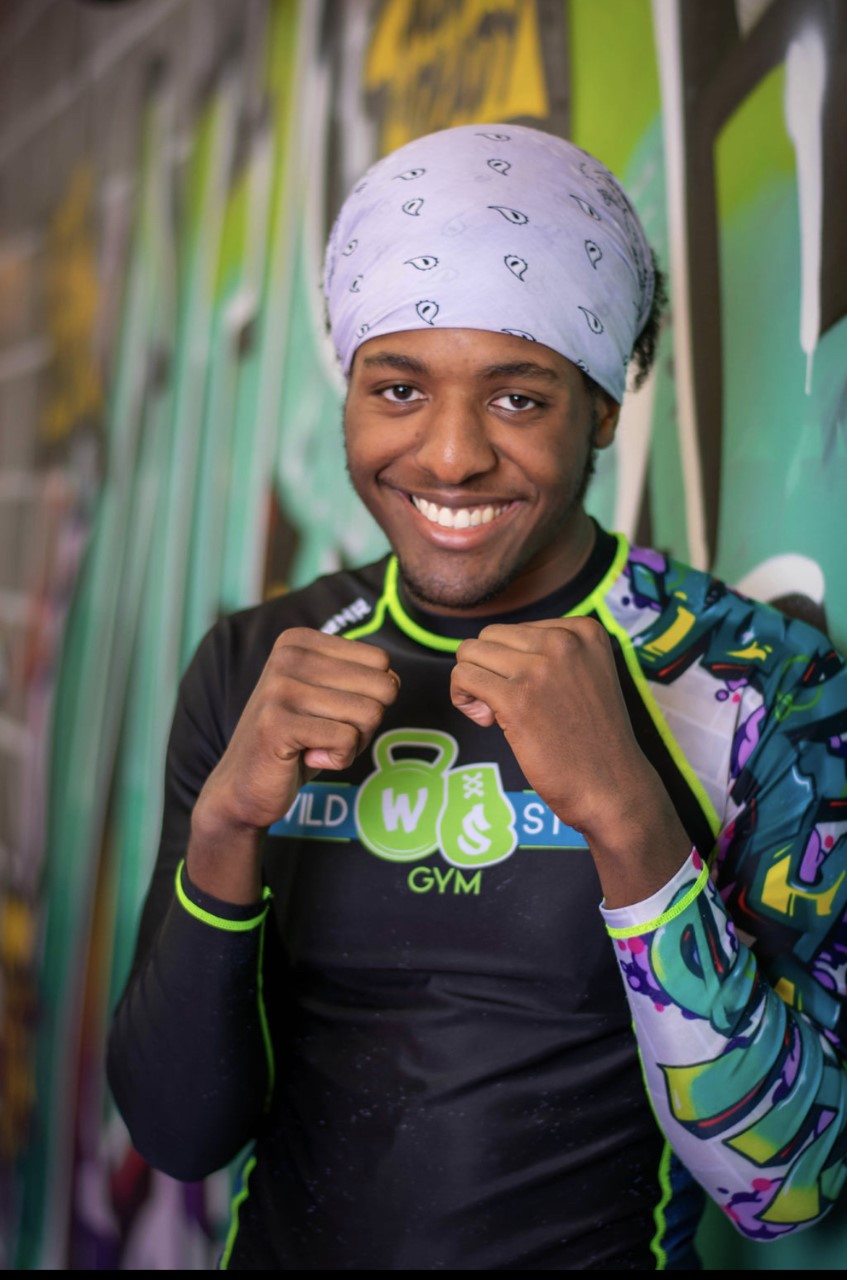 I’m beyond happy to be a martial arts instructor. As a child, I was involved in sports one way or another but competing in martial arts stuck with me the most. Martial arts provided me affirmation, self-discipline, and motivation during my most formative years and instilled values in me that I will carry with me for the rest of my life. Even though there were moments where I had to drag myself to practice for one reason or another, I now know that every minute I spent at practive developed characteristics that serve to better me every day and help me succeed in my professional and athletic careers . I am grateful for every child that comes into our gym community because I know that there’s a chance to positively impact someone for the rest of their life, as well. Children can use martial arts as an physical outlet, a confidence booster, or the launch pad to a successful career in athletics and it’s a privilege to help mold an environment for their goals to be realized. 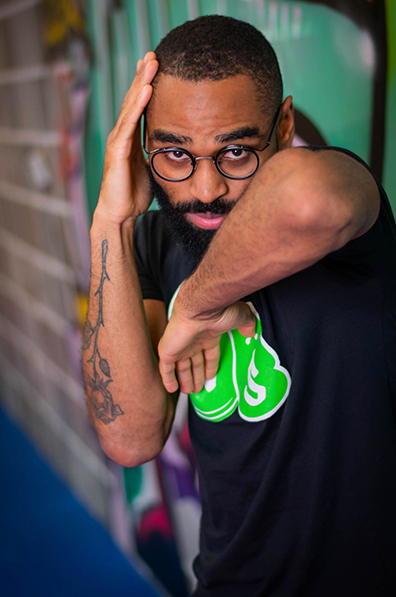 My first session at Wildstyle Gym happened on March 7th, 2019, one month before the gym’s official grand opening. On that day, Head Coach Jason Morris coached me through a Freestyle Kickboxing Session while holding Muay Thai Pads as targets for me. Since then, I have immersed and committed myself to learning the art of striking. Within one year of being at Wildstyle Gym I decided to follow through on my thoughts of becoming a certified Fitness Coach/Trainer because Coach Sara and Jason Morris re-lit and re-inspired my interest in a professional fitness career. On the other hand, personally, I have been able to advance my skills as a martial artist with consistent, sometimes rigorous, but always worth it training. Within two years, I was ready for another first, a Muay Thai Kick Boxing Smoker. Ask me about it! From start to finish it was an incredible/impactful experience. I also dove head-first (*no pun intended) into Wildstyle’s No-Gi Grappling program, designed by Head Coach Jason which prepared me for another new experience. Competing at a No-Gi Jiu-jitsu competition.

I am lucky to have been introduced to Wildstyle Gym as it was being built from the ground up, I feel as if I have grown with it. Learning martial arts at Wildstyle Gym was just what I needed on March 7th, 2019, and I still find value in what we do every single day. We have a couple sayings here at the gym… “Always Ready”, “Still Here” and “Let’s Go”. So, you in? 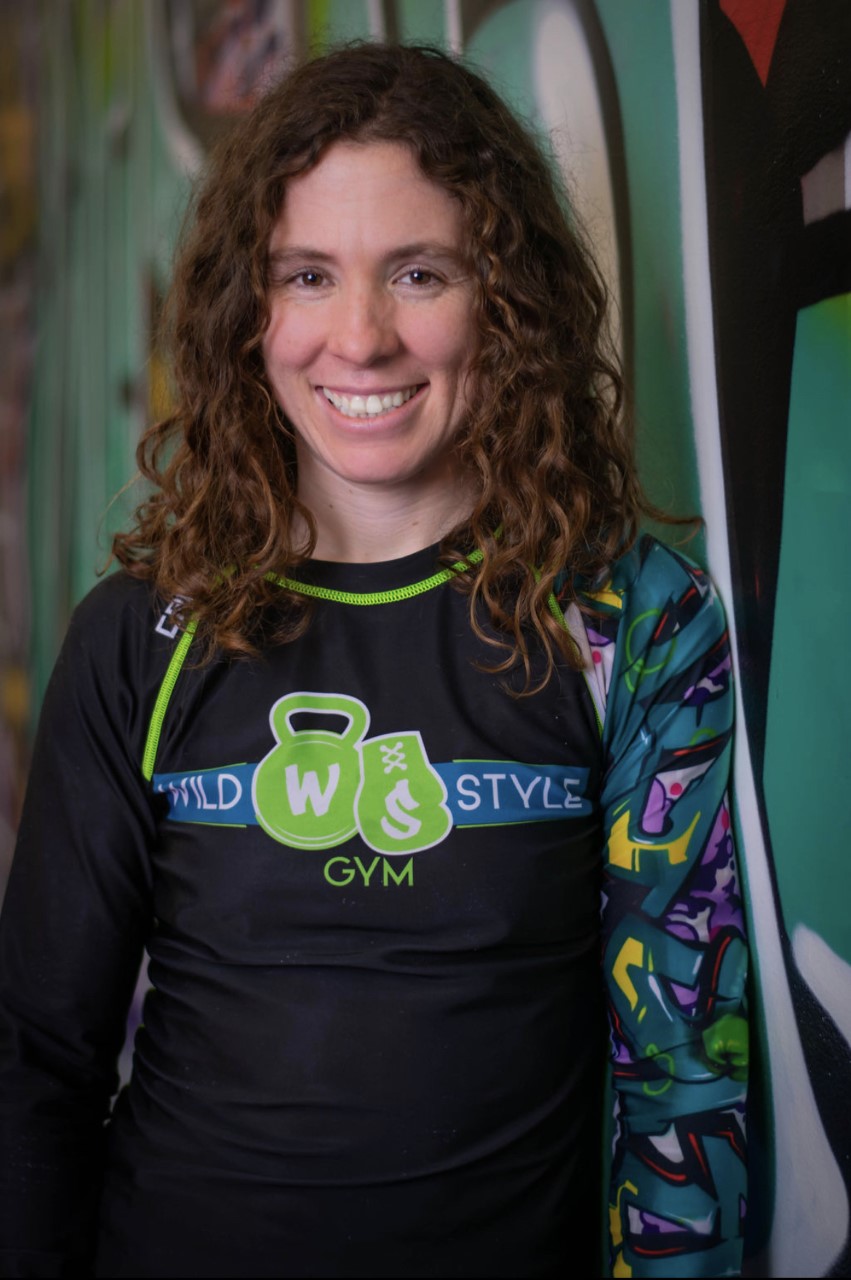 LJ’s unique approach to fitness began at an early age, playing with her brothers and finding challenge in outdoor activities. She’s always looking for the next level, and is ready to help you succeed.

After years of experience teaching bodyweight conditioning and fitness kickboxing she discovered MMA early in 2021. She takes great joy in her own growth as a martial artist and in teaching the sport to both children and adults.

When she’s not training you can find her climbing mountains, petting her cat, or eating almond butter. 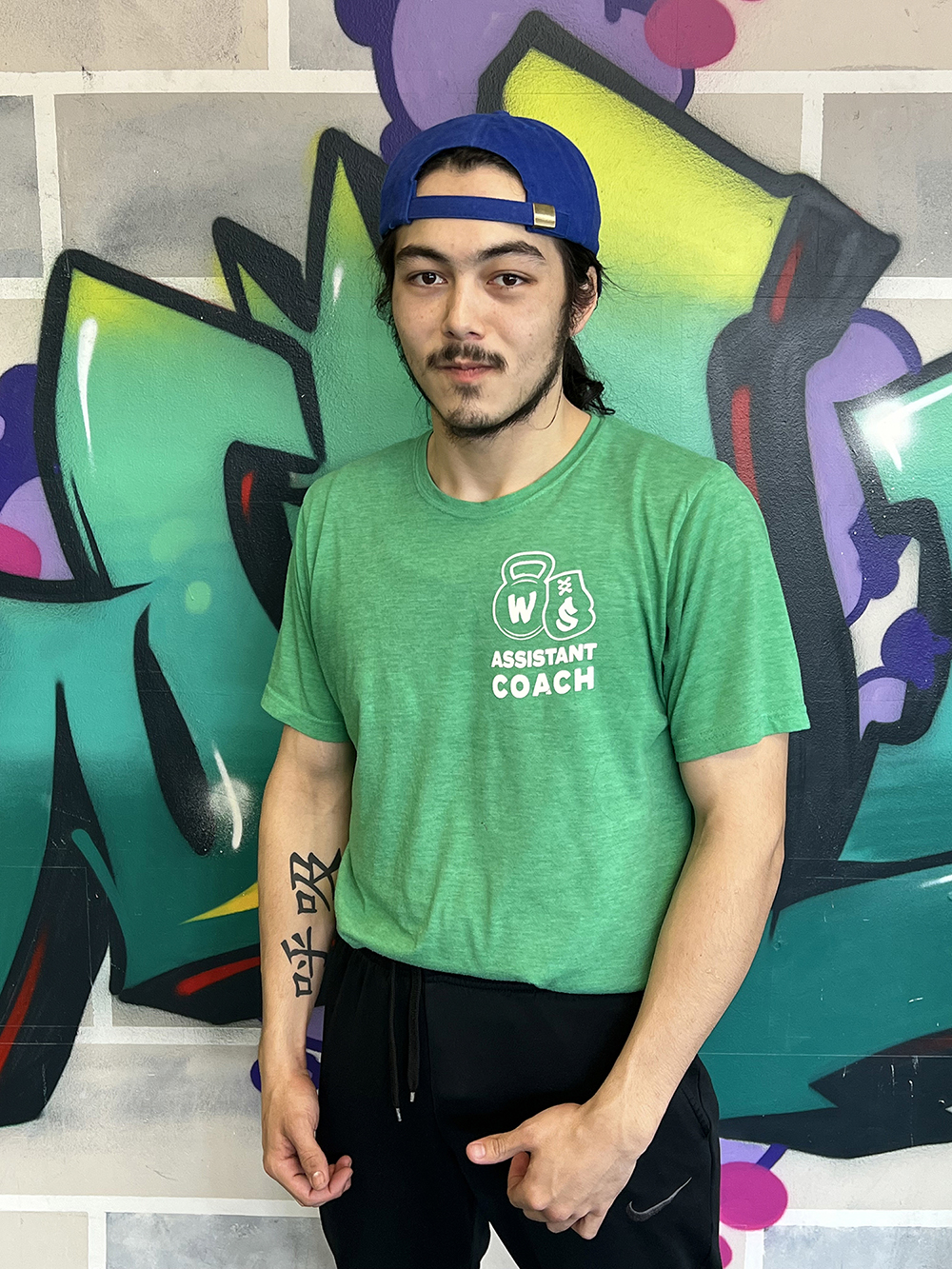 My martial arts journey began around age 10, when my dad started teaching my brother and me to box and wrestle. In later years I got into more acrobatic activities such as parkour and choreographed performances. In February of 2021, I started learning Chinese martial arts, and then found WildStyle about 8 months later. Since joining that October, I’ve met countless amazing people, learned more than I ever thought I could, accomplished personal and professional goals, and much more. And it’s all thanks to the wonderful community I’m blessed to be a part of here at WildStyle. Come out and play! —Your Friend “Wacky Chan”. 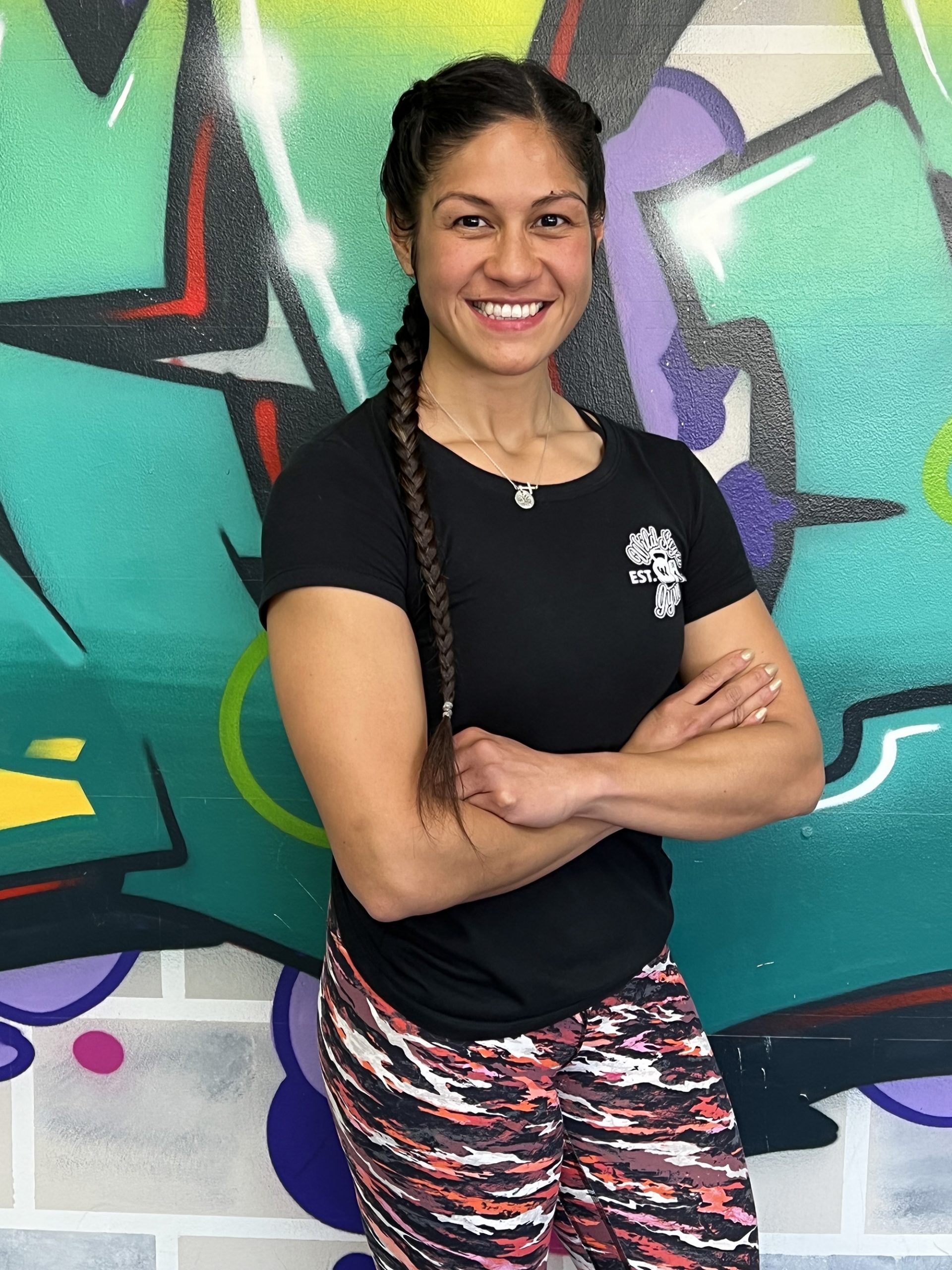 My name is Leianna Vaiese and I have been a certified trainer/coach since 2019. My motto is that every move matters. I love seeing what our bodies are capable of doing and that is the reason I became a trainer, a coach and an instructor. From growing up with 3 older brothers, naturally I became competitive. I did every sport possible year around and as an adult I continue to find avenues of challenge and team camaraderie. That’s where WildStyle was a hook, line and sinker for me. It offers community, a fitness family, the discipline and challenges of MMA and team camaraderie unlike anywhere else.

Every one is capable of being their own success story, yet, without the journey of others guiding us along the way it is easy to become stagnant or lost. I love helping and encouraging others to see their potential, what they’re capable of. I myself rely on the same energy from coaches and trainers that allow me to grow more into the person I want to be. That is how it should be for anyone with a goal, with a dream, with a vision. It takes a village and that is what WildStyle offers.

Finding WildStyle was a gem and gave me a breakthrough. I was looking for a new way to challenge my mental and physical fitness. It’s the leadership, the energy and the people that leave you feeling renewed, refreshed and restored. This is why I became a coach. What you learn in this space leaves you with the desire to give back and I love that every session, every session, every workout is something different. From being a student at WildStyle or working with youth athletes in rugby to performing Polynesian dances, I firmly believe fitness should be shared in a fun and engaging environment. No matter where you are in your health and fitness journey, patience and persistence are two variables that stand the test of time. As a trainer/coach, we are willing to guide and support people of the community that can change their lives and mindsets utilizing this space at WildStyle and whatever their need may be. 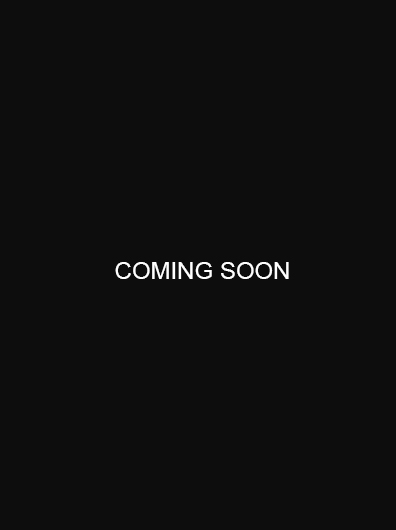 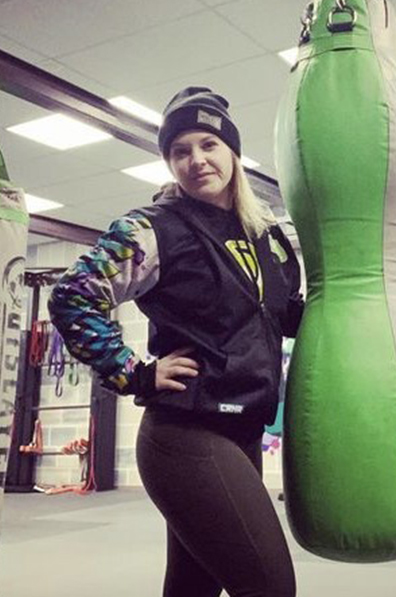 Sarah also known as Sparkplug has a fairly new journey into the fitness world. She has struggled with her weight her whole life which led to battling horrible self image, low confidence and depression. It wasn’t until she gave birth to her second child where she had to make a change. She started purely focusing on nutrition where she lost 65 pounds. At that time she felt a need for more overall health and found Wildstyle Gym. At Wildstyle she found a passion for fitness not only gaining strength but continuing her weight loss. She is down 115 pounds but gained confidence, a passion and a love for helping people along their own journeys.

Sarah’s passion for fitness and helping others is why she became a coach. She is able to serve others in their fitness journeys and continue developing her own fitness goals.

Throughout the past couple years Sarah has been able to inspire others with the thought that nothing is impossible if you set your mind to it. Be comfortable being uncomfortable and challenge yourself to be better than you were yesterday.

Happy Anniversary WildStyle Gym! We are doing something AWESOME! JOIN NOW, Gear up on us Plus get 2 Weeks FREE!!!

In celebration of our 3 wild years we wanted to thank our community for making it possible! What better way than to celebrate you, too?! Join now receive your WildStyle Gym or Academy T shirt, an awesome pair of GLOVES and hand wraps on us… PLUS get your first 2 weeks FREE!!! 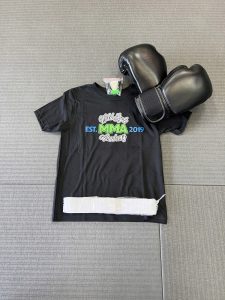 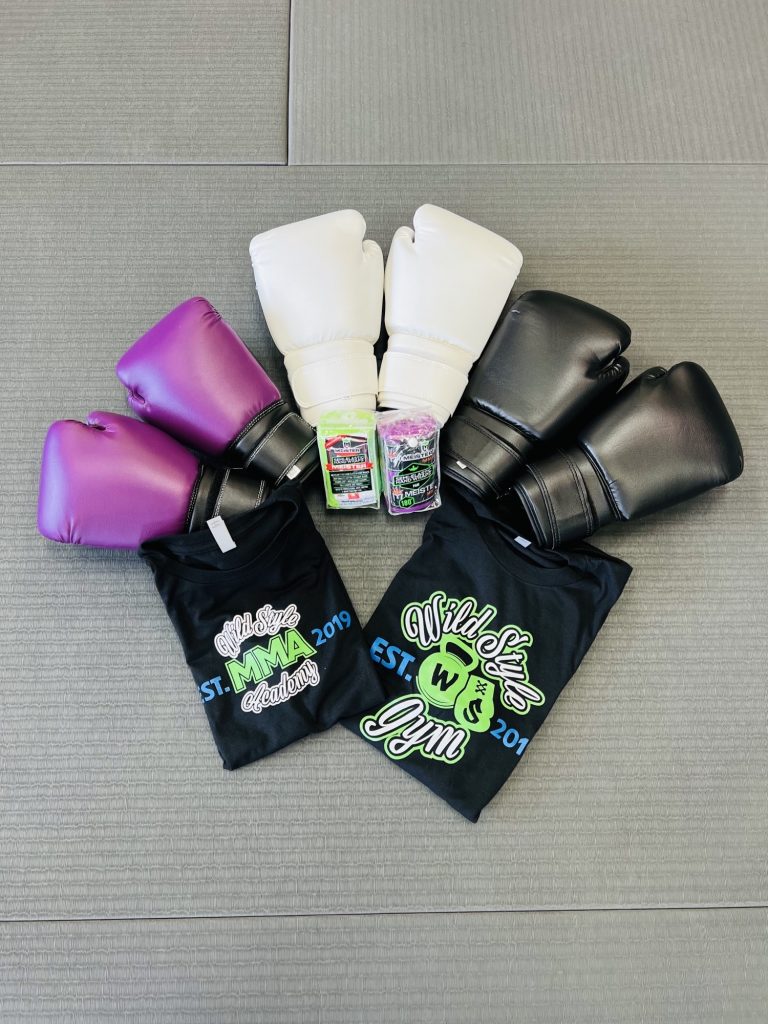